The King of Arms, is the highest level ever among the officers of arms, it is the head of the Heralds and has the task of guarding the arms granted by making changes or additions resulting from new licenses or alliances, including marriage. To this end, shall also record and correct the family trees of aristocratic families. In many heraldic traditions only a King of Arms has the authority to grant coats of arms. In other traditions such power is delegated to other officers of comparable rank

Many heraldic societies exist around the globe. People view heraldry as part of their heritage and as a way to show pride in their origins. Nations, provinces, states, counties and cities continue to add to the traditions of civic heraldry.

Modern heraldry is not usually an expression of aristocracy but simply a form of identification. The military and many churches continue to use a coat of arms to represent themselves, especially in printed materials.

Heraldry continues to flourish in the modern world. Institutions, companies, and individuals continue to use coats of arms as forms of pictorial identification. In the British Isles, the Kings of Arms and the Chief Herald of Ireland continue to make grants of arms. There are also heraldic authorities in Spain, Canada and South Africa that grant or register coats of arms. Heraldic societies abound in the world today in Africa, Asia, Australia, the Americas, and in Europe. Some people who have interests in heraldry as a hobby participate in the Society for Creative Anachronism and other medieval revivals or in micro nationalism.

Many more people see heraldry as a part of their national, and even personal, heritage, as well as a manifestation of civic and national pride. Today, heraldry has ceased to be an expression of aristocracy throughout the world and is simply a form of identification. Military heraldry continues to develop, incorporating blazons unknown to the medieval world. Nations and their subdivisions—provinces, states, counties, cities, and more—continue to build on traditions of civic heraldry. The Roman Catholic Church, the Church of England, and other faiths maintain a tradition of heraldry known as ecclesiastical heraldry for its highest ranking prelates, holy orders, universities and schools. 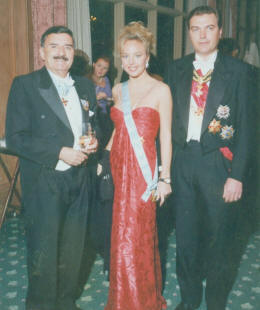 Don Fernando Muñoz Altea (left) is a historian specialized in the study of the aristocratic Spanish colonial families of the Americas, including not only Latin America but the regions which are now the American states of California, New Mexico, and Texas.

He was made King of Arms of the Royal House of the Bourbon Two Sicilies by HRH Prince Ranieri of the Two Sicilies in 1962 – a nephew of King Francis II. The Kingdom of Sicily did not have actual heralds in recent times, but rather a Commission for Titles of Nobility based in Naples until 1861, the appointment itself recalls medieval traditions. Certifications of arms issued by his private herald office are heraldic documents of a quasi-official nature.

Commander with plaque of the Sacred Military Constantinian Order of St. George

Grand Officer of The Order of the Star of Ethiopia

Heraldic Advisor to the Cuban Association

The Sovereign Military and Hospitaller Order of St. John of Jerusalem of Rhodes and Malta

Knight of the Mexican Legion of Honor in the Distinguish Grade

Member of the Russian (Moscow’s) College of Heraldry

Member of the Visigoth Studies Institute of Toledo Spain

Consultant for the Mexican Mint House, Numismatic Division, for the commemorative emission of “Coins of the Federation” (2003)

Member of the International Academy Our Lady of Montecarmelo (2004)

Maestranza de Caballería with the Patronage of  H.H.I.R. Don Andrés Salvador de Habsburgo-Lorena and Salm-Salm, ArchDuke of Austria, in the Rank Master Grand Cross and the position of Principal Judge of Arms

Member of the Collegiate Body of the Historic  Nobility of the Iberian kingdom.

Member of the Society for the Study of San Gregorio MagnoKnight of Saint Antony of Arronches of Lisboa.

Also belonging to different historic and nobliliary institutions  in the following countries: 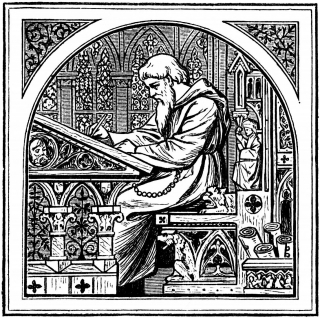 Registration of Arms Service - Please note that these services do not confer any rank or title of nobility.  Don Fernando can act as a consultant in order to initiate legal procedures to rehabilitate nobility titles.

The restorations of titles handled by Don Fernando are limited to the sixth degree of consanguinity to the last legal owner. As for the recognition of titles, he is not authorized to mention them unless such titles are official used or they are officially recognized by a trusted Institution such as it take place in Italy.

Don Fernando can certify your title of nobility, you must prove without doubt and present to him a document that testifies that you are descendant of such a title. Please contact him directly: fm_altea@yahoo.com

Don Fernando is the appointed officer of the Royal House of Bourbon Two Sicily to grant Letters Patent recognizing the right to arms. His functions include to record and keep a registry of coats of arms and pedigrees of a petitioner’s families and their descendants (Certifications of arms issued by his private herald office are heraldic documents of a quasi-official nature).

1. By delegation, granting of letters Patent to applicants who had submitted a petition and completed successfully the process for new arms. There are no fixed criteria of eligibility for a grant of arms but tradition, honorability of the petitioner, personal achievements in the arts, science or public and military services are usually considered

2. Registry of marks of cadency and augmentations in granted arms

3. He as a Herald specializes in genealogical and research being able to registry a family pedigree to establish a right to arms by descent or for the satisfaction of knowing that the pedigree is registered within the king of arms.

4. Memorials as proof of gentry required for the application to Chivalric Orders

As heraldic artist Don Fernando can execute a wide variety of heraldic artwork, including but not limited to:

Over years of practice and study, he has specialized in genealogical and heraldic research being able to investigate and reconstruct a family pedigree either to establish a right to arms by showing direct male line descent from an ancestor already appearing as entitled to arms or genealogical search for other purposes. He will be able to prepare:

1. To write a Dossier containing a family’s history with biographical, genealogical and heraldic notes and records.

2. To research and reconstruction of family trees in Spain, Mexico, Latin America and the United States.

3. He can act as a consultant in order to initiate legal procedures to rehabilitate nobility titles.

HERALDIC ARTWORK SAMPLES
THE CALLIGRAPHY   OF THE CERTIFICATES IS MADE BY HAND BY THE BEST TEACHER IN THIS ART THAT WE HAVE IN MEXICO.
FOR SERVICE PLEASE CONTACT DIRECTLY

Don Fernando Can be contacted personally at :

Fees will be determined depending on the extension of the certification, art work as well as the complexity and size of the achievement to be certified.