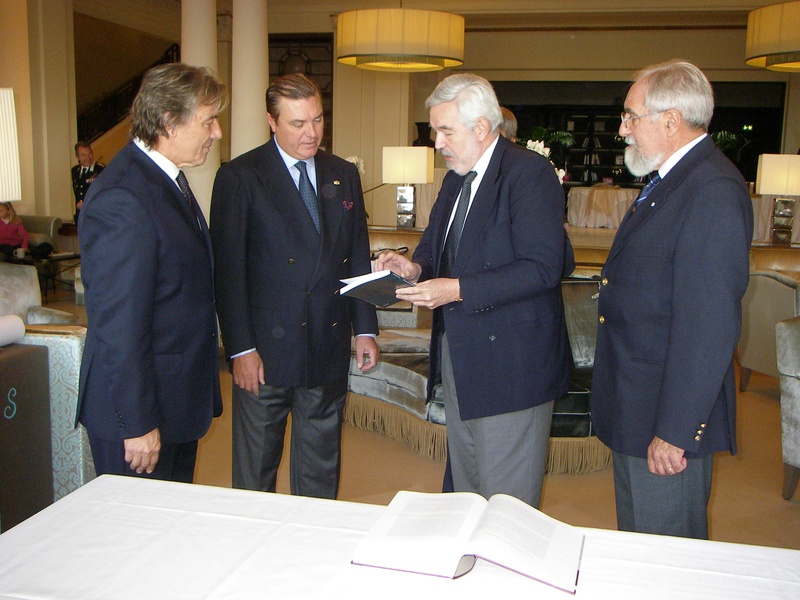 Official visit to Trieste (Italy) and erection of the Order Representation 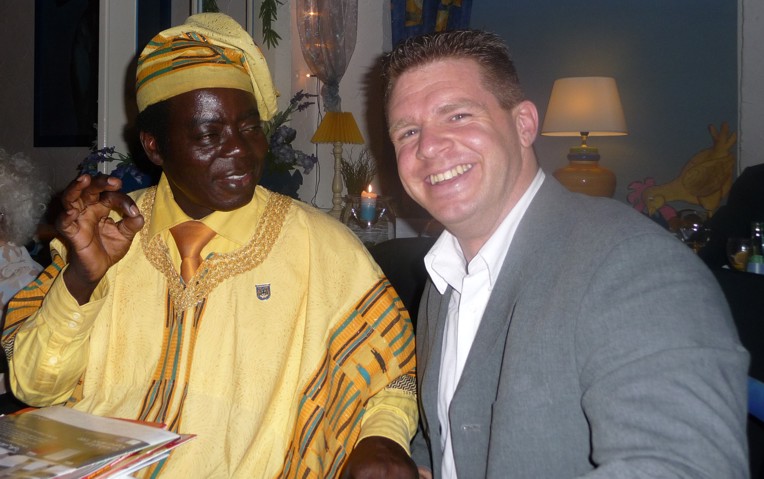 His Majesty King Togbe Ngoryfia Céphas, King of Hohoe, Ghana, has sent best wishes to all Caputo Family Association´s Members together with the best wishes of Mr. Bernd Hoehle (picture inserted with the King), our Delegate for the Region of Lower Saxony, Germany and awarded with the Prince of Antioch Medal Award.

We would like to express our sincere congratulations to 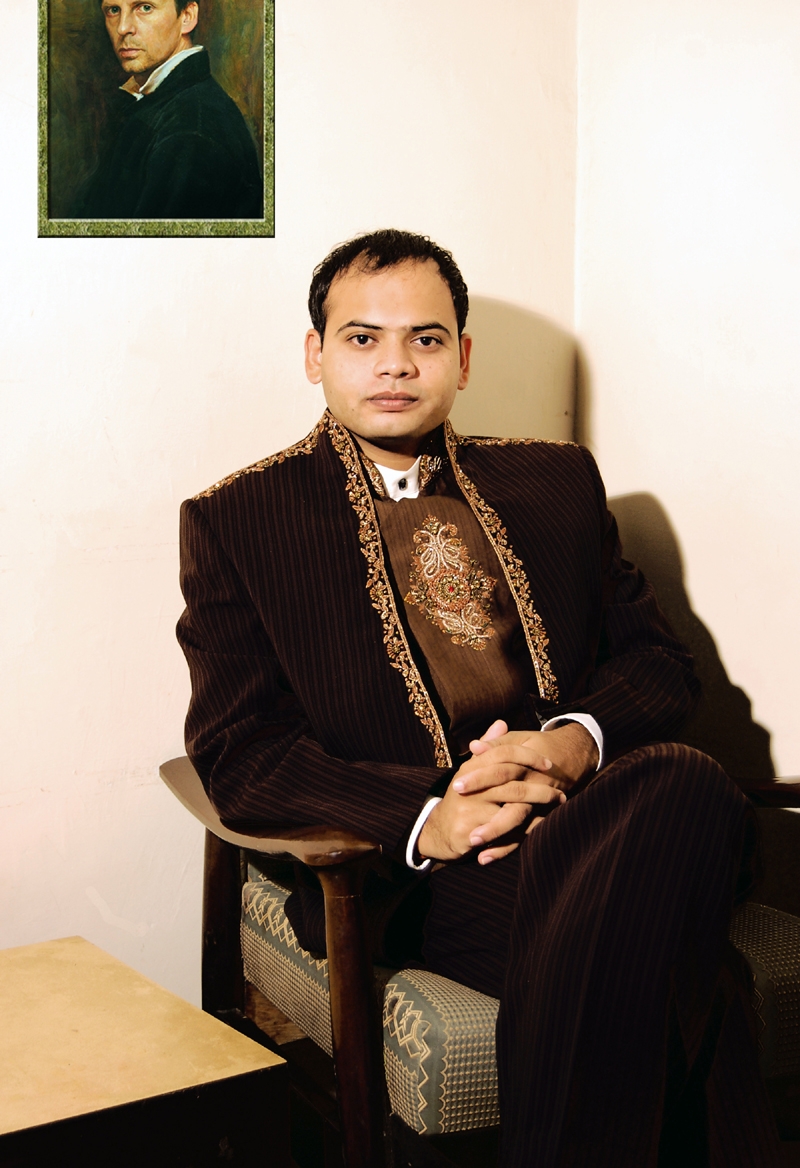 The Official Web Site is under construction but it can been visited later. We are please to inform you of the new appointment of Delegate General for Albania. 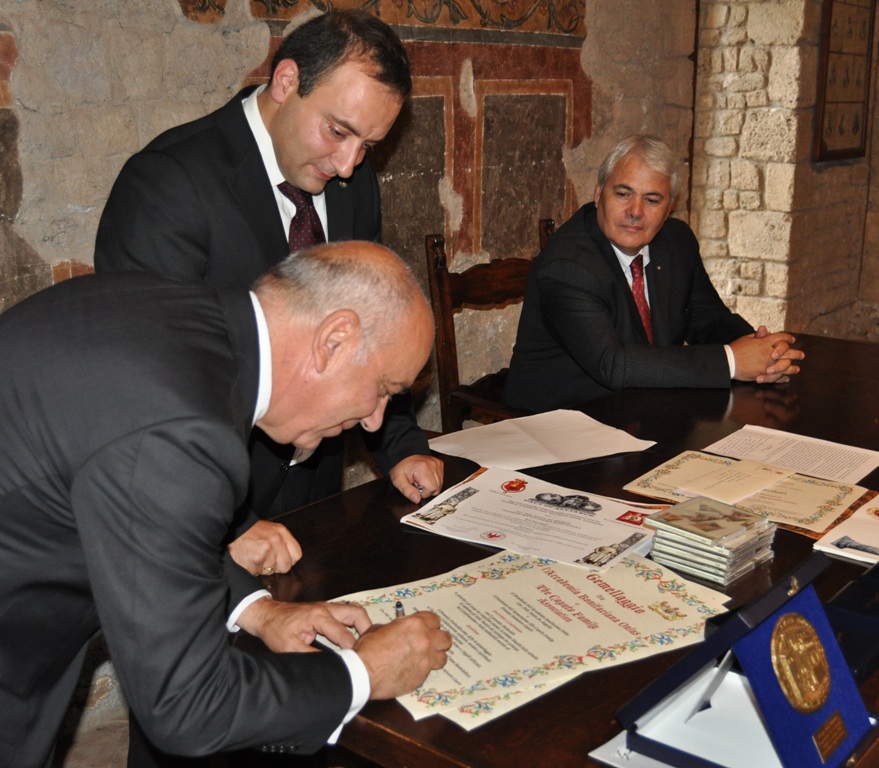 At the city of Agnani, Italy, the Headquarter of the Accademia Bonifaciana (Boniface Academy) Noble Dynasty, The Caputo Family Association, and the Academy, signed a Pact of Social and Cultural Alliance between the two Institutions.

The Illustrious President of the Academy, Cav. Dr. Sante De Angelis (photo standing up) and our Delegate General for Italy, Don Gianfranco Funari representing Noble Dynasty, signed the agreement in the presence of Dignitaries and a multitude of visitors which some of them traveled from very far in order  to attend to the ceremony.

The program has also provided a brief exchange of greetings with Deputy Mayor and Councilor for Culture Mr. Daniel Natalia and the Bishop of the Diocese of Anagni-Alatri Monsignor Lorenzo Loppa. Among the guests Bonifaciana, there was His Excellency Zef Bushati, Minister Plenipotentiary of the Embassy of Albania in Italy, already Ambassador to the Holy See for the same nation with its military attache Colonel Iljrian Balliu and sculptor Egidio Ambrosetti.

Kindest information given by our dear Member, Princess Amunh of Teke Kingdom

1 - His Majesty Makoko Nguempio Augustus , the current king of the kingdom Teke, has been greeted with great fanfare , August 14, 2010 by the Association culture, civilization and identity Teke, headed by Pascal Gayama, upon his arrival in the private residence of President Mpila the Republic , Denis Sassou Nguesso .

2 - Interview to Eugenie Opou, President of the General Confederation Teke, (Congo- Brazzaville France).  The documentation center and archives Mbe receives the facsimile of the collar of the king Makoko.

MONS. SERGIO MAURIZIO SOLDINI as joined Noble Dynasty as the SPIRITUAL GUIDE of the Association. Prelate of Honor of His Holiness, the Academy of Fine Arts and Letters of the Virtuosi of the Pantheon and Director Biennial Religious Art. ROME.

The Caputo Families Association exists to build friendship between its members, educate the public, further the spiritual life and growth of each member, to pursue philanthropic and charitable works, and to promote a Code of Nobility in mind and action.

The Families Association is an active Organization and expects that Members pursue the Association´s goals. Each member is asked to participate actively, according to ability, in the works of the Association. In return, through the assistance of Association, we promote those honorable Members that proved to be worthy of such promotions. To hang on walls your Certificates or Diplomas or in quest of medals (Medal Lovers) and do nothing for the Organization, is not the kind of Members we seek.

We wish to inform you that Don Aldo Colleoni, our Delegate for the Region of Friuli Venezia Giulia (Italy), has been offered:

1 - Representative of the Kingdom Bunyoro-Kitara (The oldest Kingdom in Uganda under His Majesty Rukirabasaija Agutamba Solomon Gafabusa Iguru) for State of the Vatican & Most Serene Republic of San Marino. http://www.bunyoro-kitara.com/ . This king is not only an honorary king under the constitution of Uganda, but a sovereign "de jure" king with all the rights and royal privileges of a real and authentic king.

2 - Appointment as Academy Member in the European Academy

3 - Commemorative Medal on the Occasion of the 60th Anniversary of the Accession to the Throne of HM King  Bhumibol Adulyadej from the Thai Government (This is an official decoration).

4 - Commander in the KNIGHTS OF RIZAL ORDER. The Order of the Knights of Rizal is a civic and patriotic organization recognized by the Philippine?s law. Some explanations of this order can be seeing on http://www.knightsofrizal.org/content/index.php.

Under the Patronage of Noble Dynasty, The Caputo Family Association, is starting soon with the defining of concrete projects and need organizational help with this, people who wants to help with their time and management abilities to transform these projects. One of the most immediate and necessary needs is to build a three-story building that will separate the male from the female children, and give them more space and freedom. We are looking for a piece of property that is around 3 acres in size allowing for expansion to the childcare's home. For more details, please visit http://www.caputo-children-fund.org/theorphanage.htm

The Caputo Family Association gives annual awards for outstanding work for the help given for Christian Sponsorship in third world countries, to institute the feeding of the poor and outstanding work to helping all in need. Be it education, to promote the work in Orphanages or helping supply clothing and food or medicine for people in countries that are in need.